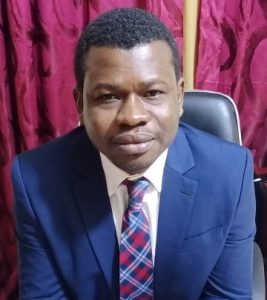 Our Executive has had long career in the integrity system of the country. Running through the media, General Auditing Commission and then at the Liberia Anti-corruption Commission.

In the post as Community Relations Officer, he worked on several programs and projects that saw the Division of Education and Prevention leap frogging into new territories in program implementation and management. He led the implementation of anti-corruption education and training for both local and national level public officials for several years.

He worked with fellow team members to develop programs that attracted funding from the African Development Bank, World Bank and the United Nations Development Program and USAID.

He has helped the LACC to work on different initiatives in Finance, budgeting, Public Affairs, project planning and proposal development.

Before joining the Anti-corruption office seven (7) years ago, he worked in the office of the Auditor General at the General Auditing Commission of Liberia for four (4) years where he served as Strategic Planning Analyst. In his capacity, he created matrix to track the implementation of the Strategic Plan of the GAC and recognized noticeable progress and challenges.

Mr. Kowo has also been a media practitioner. He worked for SKY Communications (Radio and TV) for several years before joining the FrontPage Africa as its Chief Legislative Correspondent. 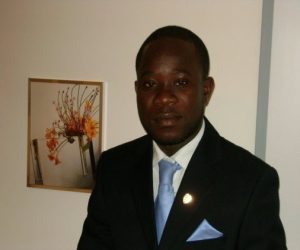 Mr. Baba M. Borkai is currently the Program Manager for the Enforcement & Investigation Division of the LACC. He has over ten (10) years of experience as an Anti-Corruption Practitioner and in Economic and Financial Crimes Investigations.

Mr. Borkai rise through the ranks and files of the Enforcement and Investigation Division starting as an Investigator in April 2009 and later as Senior Investigator in 2010. Upon his return from studies in Australia in 2016, he was then promoted as Chief of Investigations to head the Investigation Unit of the Division. Due to his invaluable services to the Commission in general and his enormous output within the Enforcement and Investigation Division in particular, the Body of Commissioners (BOC) unanimously appointed him as Program Manager for the Division in May 2018 after a vacancy was created by the departure of his predecessor from the Commission. Since assuming this position, the LACC has experience an unprecedented increased in the number of cases investigated by the Commission and submitted to the Ministry of Justice (MOJ) for prosecution.

Mr. Borkai also has an extensive worth of training in corruption and financial crimes investigation both nationally and internationally. To name a few, Mr. Borkai started his training at the National Police Training Academy (NPTA) where he was trained in Basic Police Science. He also obtained advanced training in Corruption Report Writing, a training provided by the United States Department of Justice / US Embassy in Monrovia. Mr. Borkai has training in Advanced Financial Crimes Investigation from the Basel Institute on Governance in Basel, Switzerland; advanced training in Corruption Prevention from the International Anti-Corruption Academy (IACA) in Laxenburg, Austria; and training in Digital Forensics provided by both TDS Consultancy in Pretoria, South Africa and by LPAC in Monrovia, Liberia.

Mr. Borkai holds a Master in Anti-Corruption Studies (MACS) from the International Anti-Corruption Academy (IACA) in Laxenburg, Austria; another Master in Public Policy (MPP) from the Crawford School of Public Policy at the Australia National University (ANU) in Australia. He also has a Graduate Diploma in Public Administration (Grd. PA) from the Australia National University (ANU) in Australia; and a Bachelor of Arts (BA) in Sociology from the United Methodist University in Monrovia, Liberia. 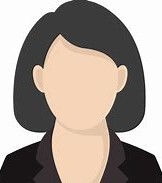 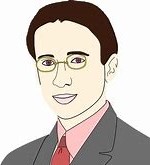 James K.  Kingsley is the program Manager for Education & Prevention at the Liberia Anti-Corruption Commission (LACC). Prior to assuming this responsibility, he served the institution for six consecutive years as Program Manager for Administration. He brings to the position a strong credential as administrator, educator and counselor, which resonate well with his current role in an Integrity institution like the LACC. Mr. Kingsley served the Civil Service Agency (CSA) under its Senior Executive Service Program (SES) as a Guidance Counselor, and was assigned at the Ministry of Youth and Sports. He worked with the Liberia Council of Churches for few years and held positions, including rising to the position of Acting General Secretary at the Council of Churches.

Mr. Kingsley bagged a wealth of experience in dealing with different groups of people when he served as principal at the Frank Madison Reid, Jr. Christian School on Camp Johnson Road and also a Guidance Counselor at the Monrovia College and Industrial Training School. He also lectured English and Literature at the SDA High in Paynesville, ELWA Junction.

He has also provided lectures at various tertiary institutions in the country, including the AME Zion University, William R. Tolbert Interdenominational Theological Center of the Liberia Baptist Theological Seminary and the West Africa School of Mission and Theology (WASMAT), where he led instructions in Philosophy of Religion, Church History, Mission, Homiletics and Christian Ethics.

He has also contributed to the body of knowledge through the publication of several articles in areas he has clear authority. Mr. Kingsley in 1994 wrote a rejoinder on The Peril of Political Christianity which was published in the Inquirer Newspaper and in 2014 wrote a professional article titled: An Assessment of the Monrovia Vocational Training Center, in which he highlighted the rippled effects of having vibrant Technical Vocational Education and Training (TVET) institutions in the country.

Mr. Kingsley is married to Odelia Dixon Kingsley and the union is blessed with two adorable girls, Janice and Delkins.

The Liberia Anti-Corruption Commission (LACC) was established by an Act of Legislature on August 28, 2008 with the mandate to investigate and prosecute acts of corruption, as well as educate the public about the ills of corruption and the benefits of its eradication